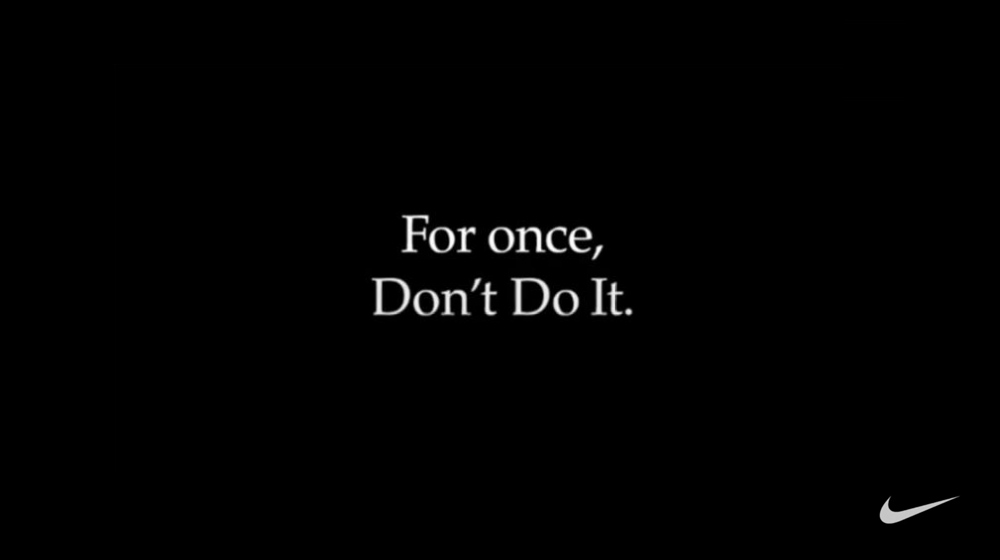 Big Brands Take a Stand on Racism. (It’s About Time.)

Once again, marketing is faced with the enormous task of getting it right during a period of social unrest, spring boarded by the death of George Floyd by a white police officer.

Never afraid to make a statement on social issues, like the extraordinary Colin Kaepernick ad which reads, “Believe in something. Even if it means sacrificing everything,” Nike came out with another simple, but beautiful message that packs a punch and hits just the right tone. Known globally for their tagline which is now part of the vernacular, “Just Do It” becomes, “For once, Don’t Do It.” This spot was even reposted by Adidas and Reebok.

And speaking of Reebok, they made their own statement. They said, in a message “to the black community”, that they “stand in solidarity with you,” telling its social media followers: “We are not asking you to buy our shoes. We are asking you to walk in someone else’s.”

Or take a look at this bold assertion from Ben & Jerry’s. It’s not enough that they make kick-ass ice cream, they are clear on their social justice messaging.

Marketing a product or service right now means digging deep into a company’s culture and asking what they believe about the very complex topic of racism in America. This isn’t just advertising, this is being part of a bigger, more meaningful conversation. For brands relying on black culture in order to speak directly to the black segment of their market, this is an essential. Marketing in this moment means taking a stand. Neutral is a no-no. George Floyd’s death at the hands of a white police officer has caused a national upheaval that looks to be racial injustice turning point. Brands have to get real about whether they’re in or they’re out.

As Netflix posted on Twitter, “To be silent is to be complicit. Black lives matter. We have a platform, and we have a duty to our Black members, employees, creators and talent to speak up.” And they’re not the only ones. Citibank, Reebok and Netflix have all come out with their own statements. WarnerMedia brands, which represent HBO and TBS changed their twitter handle to #BlackLivesMatter and used this quote by novelist James Baldwin to express their views, “Neither love nor terror makes one blind: indifference makes one blind.”

While historically brands have stayed neutral on social and political issues so that they didn’t alienate any part of their consumer audience, they can’t stay silent anymore. The trend toward taking a socially responsible stance is getting noticed, especially by consumers under 40. In a study by Horizon Media’s Finger on the Pulse, “81 percent of millennials expect companies to make a public commitment to good corporate citizenship.” That means to get noticed right now, brands are going to have to have look inward, and take a stand.