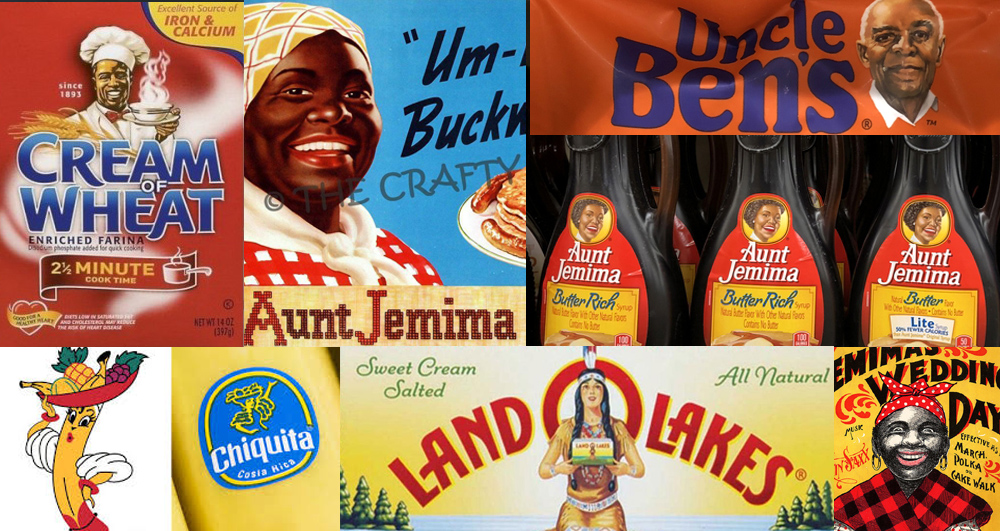 OK, what’s next, murder hornets? Watching two major issues monopolize our daily lives in the past four months has made our heads spin like Linda Blair in The Exorcist. As if it wasn’t bizarre and challenging enough to have a pandemic transform the way we live and breathe, we’re now deep into an exploration of the 400 year-old issue of this country’s systemic racism. (Which is only about 400 years too late, but we’ll take it).

If the protests and rallies, online petitions, around the clock media coverage and social media accounts chock full of information haven’t convinced you this is more than just a moment, note that major companies are examining their racially stereotyped brands and taking action to alter their names and packaging.

By the end of 2020, Quaker & PepsiCo’s pancake and syrup brand will not only remove the image of “Aunt Jemima,” but also do a name change. Mars is “evaluating all possibilities” when it comes to their Uncle Ben’s rice product and is looking to evolve the name and brand identity. Parent company Conagra is conducting a complete review of their brand and packaging for Mrs. Butterworth, and B&G Foods is also doing an immediate review of its Cream of Wheat brand. Those are some major rebranding efforts! But this is the impact of George Floyd’s death. The smart companies are making an effort to take a fresh look at their products and practices in order to address this moment. Nike and Target have already made Juneteenth a paid holiday for their employees.

These are very expensive alterations and we find this hopeful. Of course, we’re not so naïve as to think that systemic racism will be solved by no longer having “Aunt Jemima” at our breakfast table, but the commitment seems to say that this is an issue that’s being taken seriously by some major players. This movement is asking that we make large changes, like analyzing our bias and inequity in education and the workplace, as well as smaller changes, like the language we use, where we shop, how we can make sure to call out racism when we see it. It has to start somewhere.

The world feels wobbly right now with a pandemic, lack of political leadership, and police brutality so horrific that an entire movement has taken over our attention. How advertising responds is telling. If saying see ya later to racially insensitive brands means anything, we may be heading for a better place.